The following is an excerpt from a November, 2006 media interview with Ken Rand on his latest book, Dadgum Martians…

“Whatever in the world gave you the original idea for writing this book?”

“Since I was a wee tad, I’ve admired the irreverent twangy wit and wisdom of Mark Twain. I’ve always wanted to be Mark Twain, or at least compared to him.”

RIP Kenny. You made him proud. –wj

Who could forget the popular television show, “The Wonder Years” starring the young Fred Savage. The show chronicled everyday life of the fictional Kevin Arnold growing up in the 60’s and his on again off again love affair with Winnie Cooper.

For me, the wonder years were 1955 to 1960. In the summer of 1955, our family, which then consisted of myself, my mom, and three younger sisters moved to a little town located on the Suisun Bay about 30 miles northeast of San Francisco. The town was called Port Chicago. I was nine years old. We were dirt poor but fortunate to have a mother that hung in there, determined to make a life for her four kids.

Port Chicago had a population of less than 2000 and was famous, or should I say infamous, for the worst state-side disaster of World War II. In July of 1944, 320 sailors were killed in an accidental explosion that history would dub as the Port Chicago Mutiny. The collateral damage from the blast was massive and its effects were felt for several miles. The event has been the subject of several books and media accounts over the years, and there was even a movie made about it.

But here comes the real story. Last week I rolled out of bed at my usual time of 5:00 AM or so. It was April 15, tax day. Like many in this e-culture of ours, I get most of my news online and that morning was no exception. For some reason though, I got sidetracked, and started thinking about my childhood days in Port Chicago, and the kids that I ran with during those formative pre-teen wonder years.

So I hit the Google trail and came upon a book review on Amazon.com entitled “Port Chicago –Images of America”, written by Dean L. McLeod. This find turned out to be a treasure chest of old photos of my adopted home town. One of the photos pictured a Naval Memorial erected at the site of the explosion in memory of the victims that died in that 1944 disaster. Flanking the monument in the photo were two people – a park ranger and a Port Chicago native named Ken Rand.

Ken Rand was his real name, but I knew him as Kenny Whitmore. Kenny Whitmore was my best friend during my Wonder Years in Port Chicago. He went by Whitmore then, because, like myself, he was the product of a broken home and for some reason it was decided that it would be better to use the same last name as his mother and new stepfather to avoid confusion. Little did I know that he would eventually reclaim his birth surname in adulthood, which explains why I was never able to uncover any trace of him during my searches over the last 50 years. You see, I was looking for Kenny Whitmore, not Ken Rand.

As it turns out, Ken Rand became a successful journalist, relocating to Wyoming and later Utah. In between real jobs, he wrote over a dozen books and countless short stories, creating his own original genre in the process which I would describe as a humoristic blend of science fiction and the Twilight Zone, against a backdrop of the old west. Go figure! But that’s what I would expect from the Kenny Whitmore that I knew.

Among his writings were three serious documentaries about Port Chicago, the most notable being “Port Chicago Isn’t There Anymore – But We Still Call It Home”. In his Introduction, he describes the life and times of the people in this little rural community by the bay. Unfortunately, none of these books ever hit the NY Times best seller list due to the limited pool of patrons that would care much about this little town with the funny name. But for Kenny, I’m sure it was a labor of love and I’m sure he felt that someone had to do it, and why not him?

I was elated with my discovery. I found his Blog and perused his online book store. I spent the next two hours reading excerpts from his books and short stories. Already an hour past the time when I should have been heading to the office, I fired off an email to him in hopes of getting an answer and rekindling a relationship that had come to an abrupt halt in 1960 when I moved away from Port Chicago.

That afternoon, I received a reply to my email. It was from his daughter, Molly. In her own words, this is what she said…

This is Ken Rand’s daughter, Molly. Dad is dying from a very rare intestinal cancer. He will pass possibly this week. He’s glad to hear from you. Please take care and thank you for getting in touch with him.

Needless to say I was overcome with a mixture of grief, emotion, and wonderment. Why did I pick this particular morning to so aggressively seek out an old friend, an act that I had virtually neglected for the past 50 years? And to think this effort occurred during what could possibly be the last week of his life, makes the action even more remarkable.

I exchanged a couple more emails with Molly that day, one of which I recalled some details of our boyhood adventures. In Molly’s reply she said she read this to her Dad, and he smiled. I guess I was hoping that in some small way that I could bring some spiritual comfort to Kenny and his family by the mere fact that a friend from a half century ago suddenly emerged out of nowhere with a seemingly unexplainable need to make contact with him. And so it went. That was my day on Wednesday, April 15, 2009. It was Tax Day.

And finally, there is this inscription that appears on the July 30, 1988 memorial to those that died in the Vietnam War…

“To the people of Port Chicago:

Things will never be the way they were before.

A History of Port Chicago 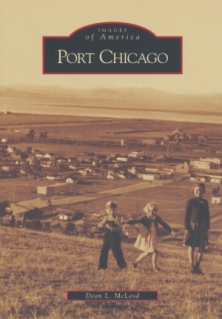 What is Money? Actually, money is whatever the government says it is. How does that make you feel? There was a time when a dollar bill was actually a warehouse receipt for 1/20th of an ounce of gold. World War I and the need for world governments to finance all its catastrophic events was the beginning of the end of a stable asset backed monetary system, and marked the beginning of fluctuating fiat currencies. 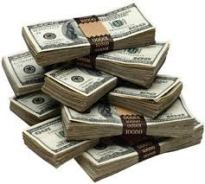 In 1934 the dollar was devalued from 1/20th of an ounce of gold to 1/35th of an ounce. To average Americans this conversion right was a hollow promise as ordinary citizens were prohibited from owning gold. Paper currency could only be converted to gold by foreign governments and central banks, which ultimately caused a drain on our gold bullion reserves. Governments, including ours, began pyramiding paper currencies on top of gold, causing further inflation and never stopped. Finally in 1971 we abandoned the last traces to the gold standard and here we are. For what it’s worth, the value of a dollar is now calculated at about 1/900th of an ounce of gold at today’s spot market.

This post isn’t about a return to the Gold standard, although I must admit I have been harboring a fantasy theory about how that could be done which I’m saving for “When I Paint My Masterpiece” [circa 1971, Bob Dylan]. This is actually my first ever recommendation on how to preserve the purchasing value of a dollar using commodities as the cornerstone of this strategy.

So again, what is money? Money is a medium of exchange for the things we need and buy. Our most basic needs are food, energy, and shelter. So what would be a better proxy for money than an instrument that actually tracks and owns the basic items that we need for everyday life. Well there is one and it is an ETF (Exchange Traded Fund) with the symbol DBC. This is a commodity index tracking fund that invests in six future contracts in the following commodities:

Gold is included in the above list, because it is still the one commodity that is universally accepted, easily divisible, and homogeneous in nature. Commodity prices may rise and fall due to fluctuations in supply and demand, but remember their values are always expressed in DOLLAR terms. Unless you have been living under a rock lately, you are aware we are in an unprecedented period of money supply expansion and it looks like it will continue. The inevitable result of this will be hyper-inflation meaning it will take substantially more dollars to buy the commodities we need to exist.